2022 –  National Championships to be hosted by the Wagga Crows in Wagga Wagga
Details to come.

2019 – Perth hosted by Cottesloe Crabs Winter Swimming Club
A troupe of 12 swimmers competed and 6 of the off-water support team attended the WSAA National Championships in this year held at the HBF Stadium (Superdrome) in Mount Claremont, Freemantle. Our Women's Over 65 team, Dale Holland and Julie Sankey won Gold and Bronze respectively, so very well done ladies! Our most senior and much loved member, Nance Eady, again won Silver in the Women's Over 70”s Relay Race. Richard Bosdyk, John Stapleton, Lee Meehan, Brian Probets, Steve Pryn, Will Blessing, Jacqui Wilson, Julie Sankey, Deb Shapira and Joe Gjedsted, entered in the A-Grade of the 10-Aside Nominated Time Relay, winning Gold; a rare achievement for such a young club! Kudos to all the swimmers and especially to John Stapleton and Lee Meehan who, after a number of time trials of each individual competitor, were able to nominate a time for our A-Grade Team that was just over by 1.2 seconds, Wow! When the Nominated Time Relay results were announced at the Presentation event, the room exploded in cheers; a most memorable occasion. A Wobbegong tale is that the Wobbegongs on Huskisson Beach could hear our cheering all the way from WA. A special thanks to Lee Meehan and John Stapleton who again provided enormous support and encouragement to all of our club swimmers prior to and after each individual race; and to our off-water support team whose boundless Wobbegong spirit buoyed us all along!
​
(Click on the photos below to see full size) 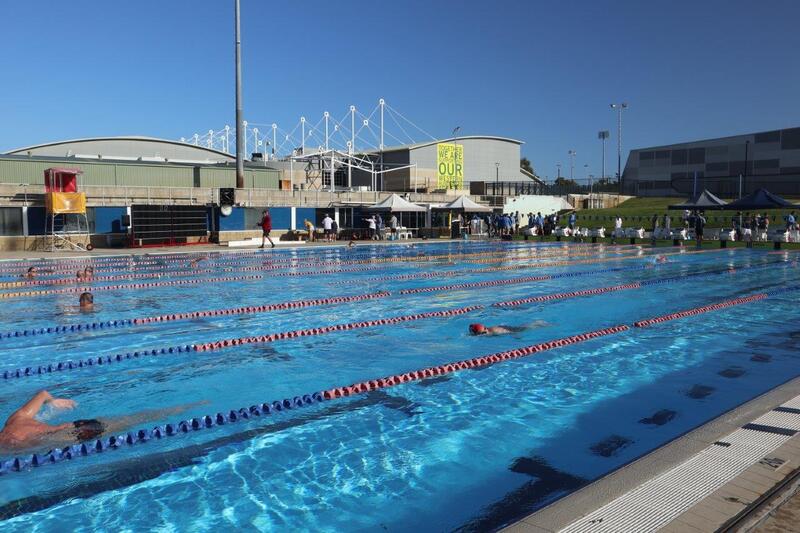 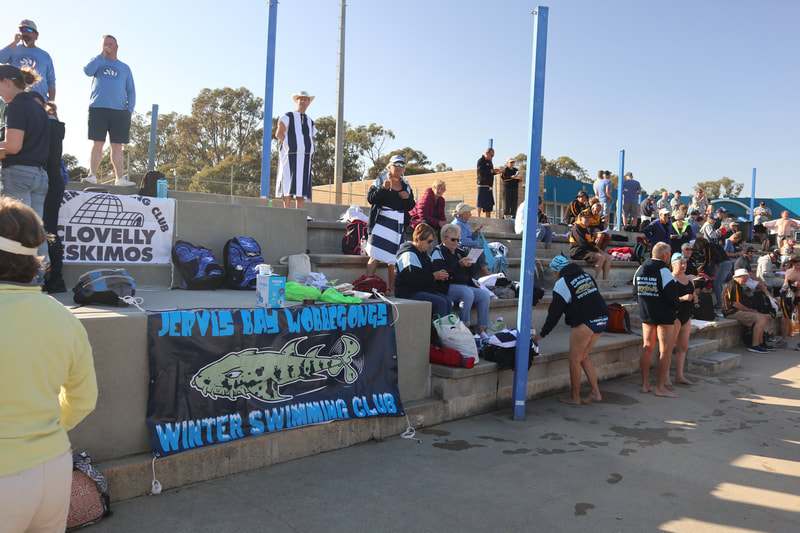 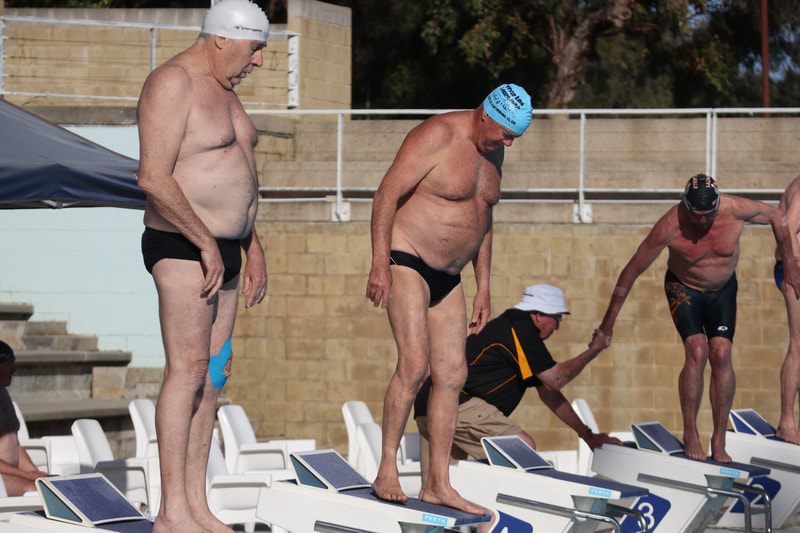 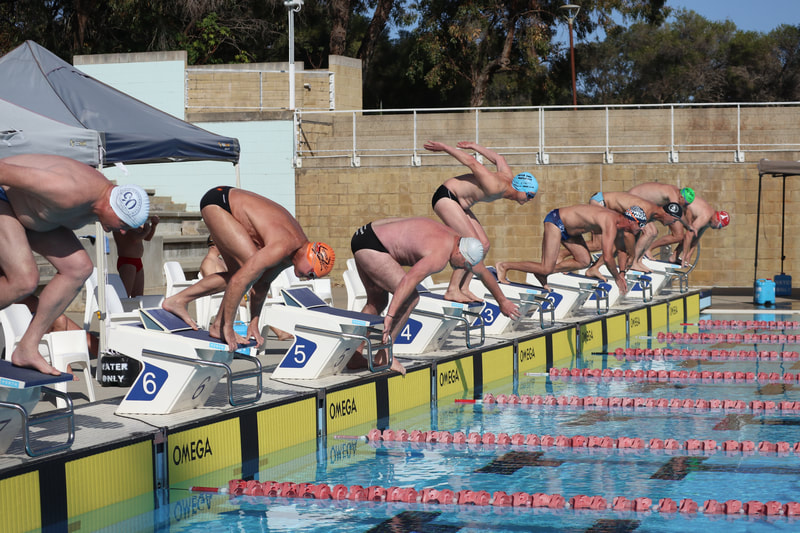 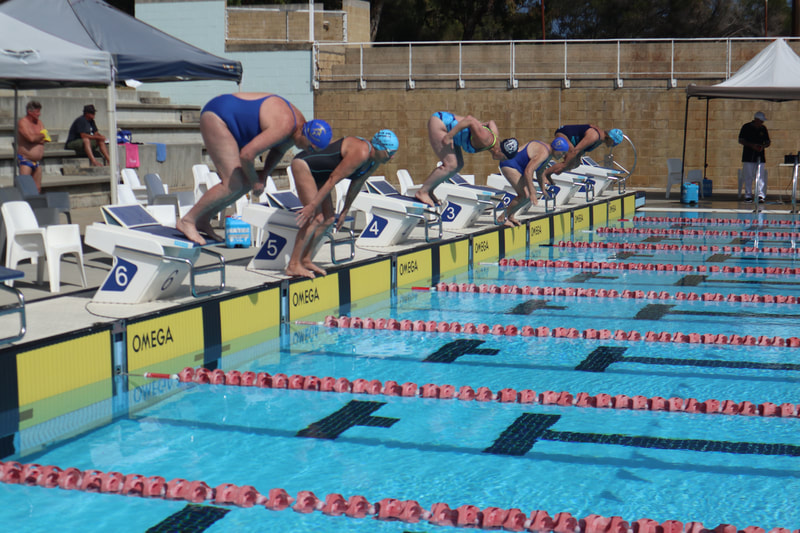 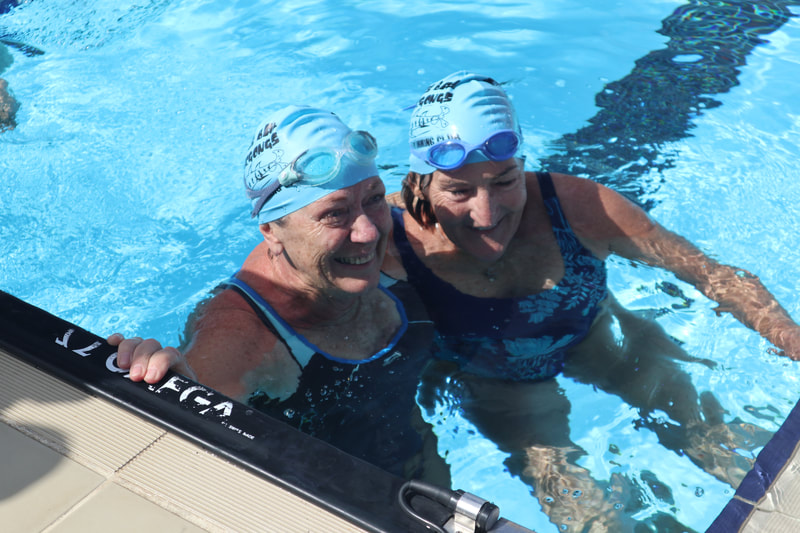 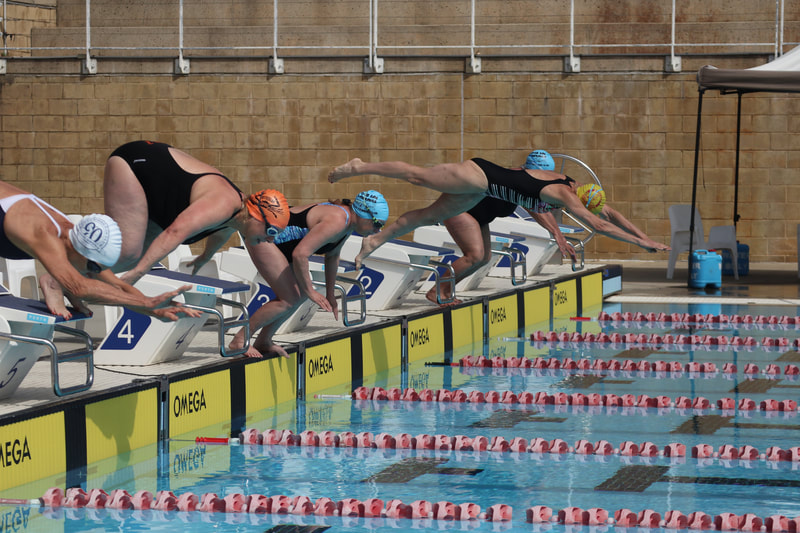 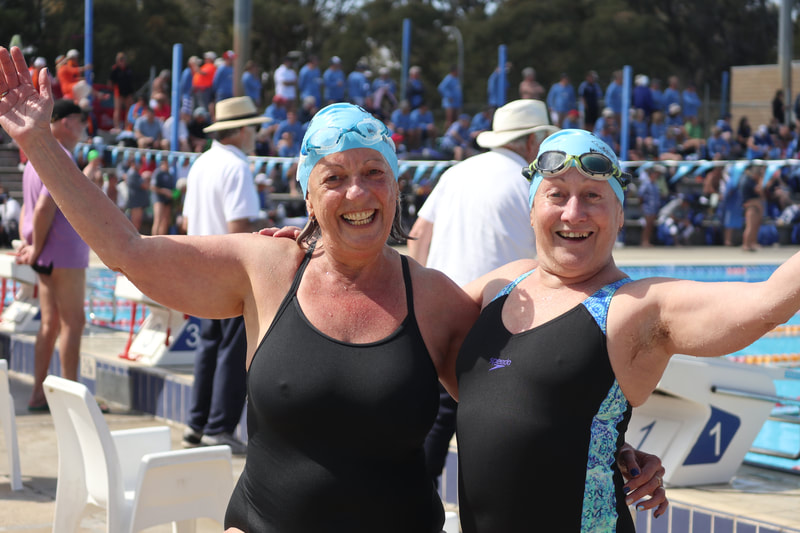 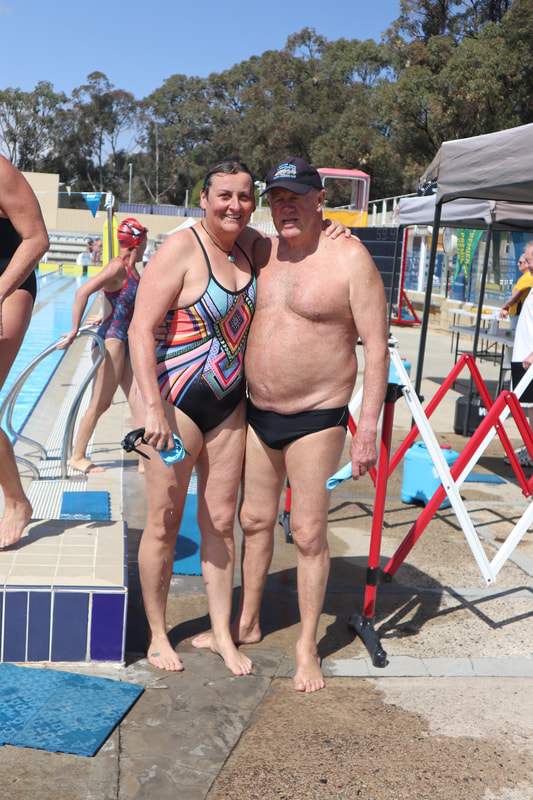 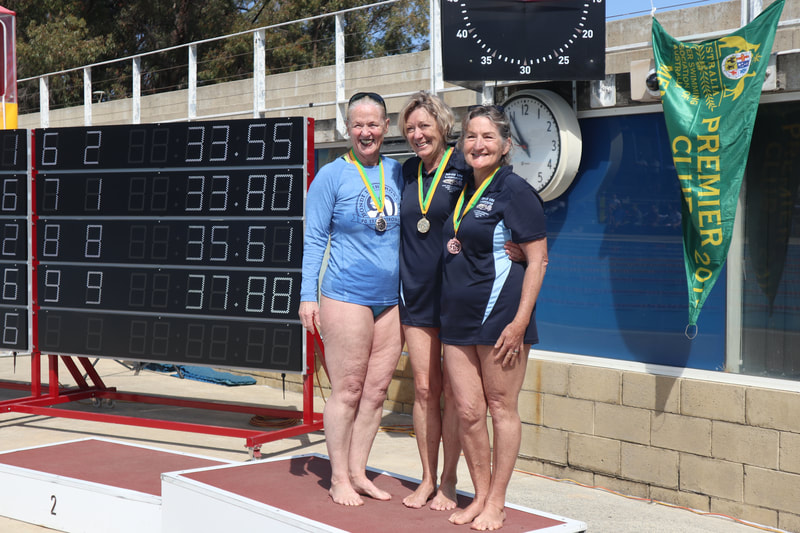 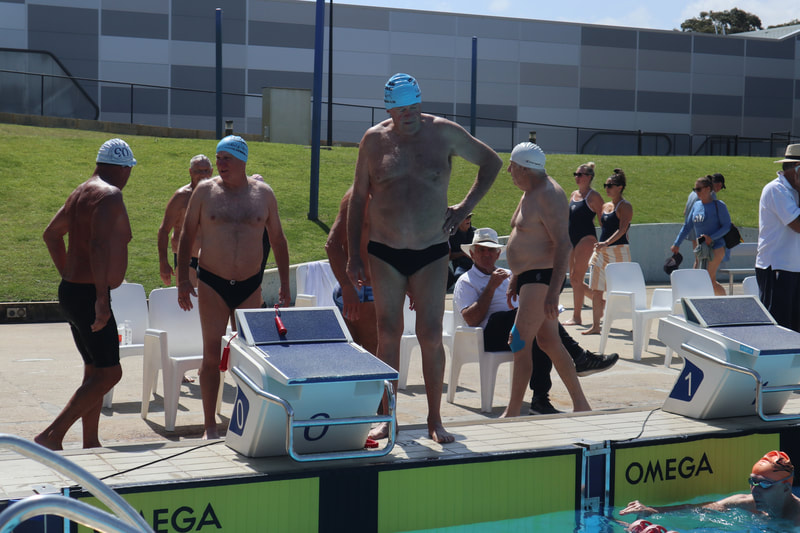 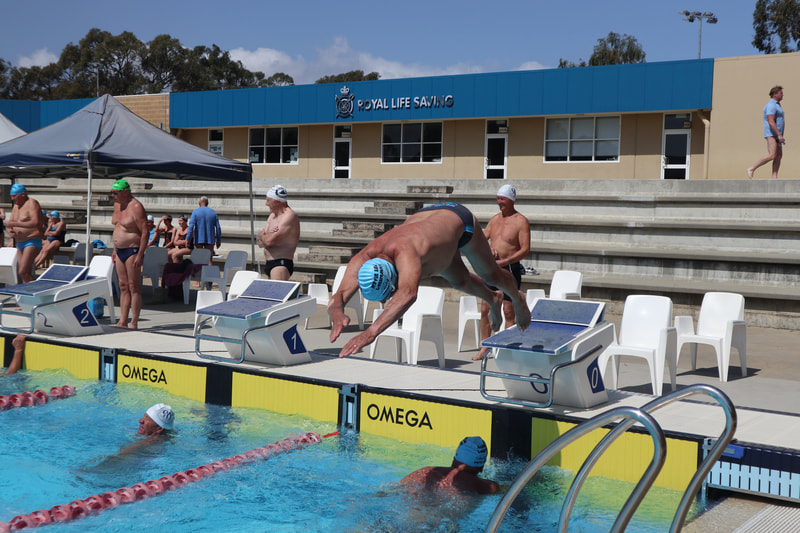 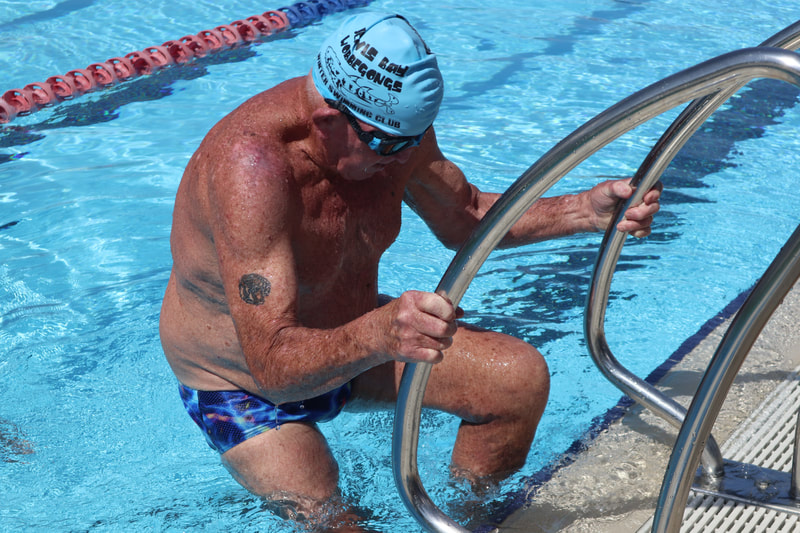 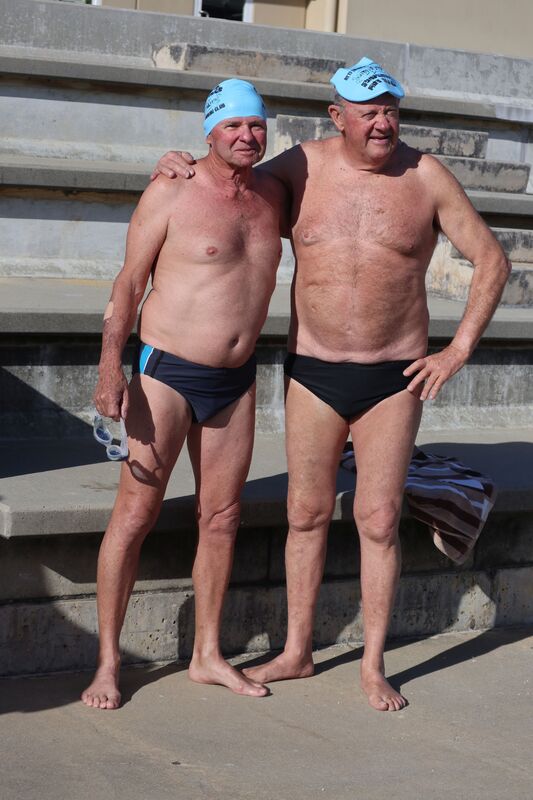 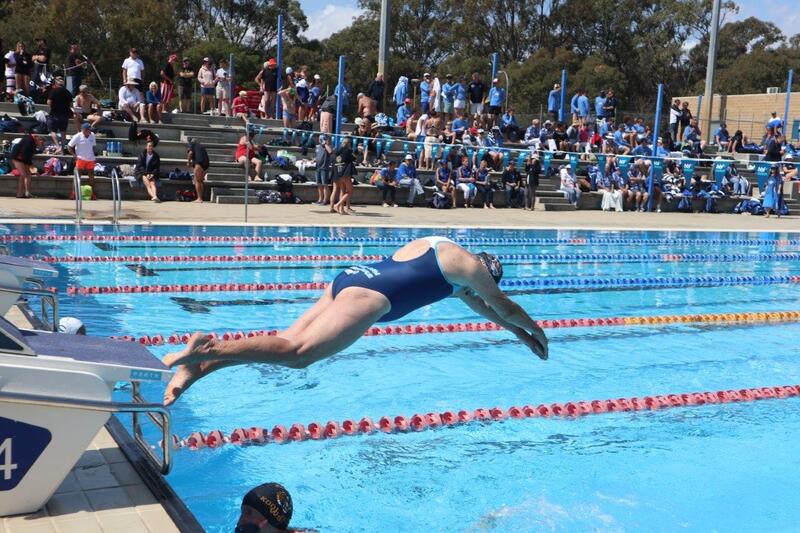 2018 – North Sydney hosted by Bondi Icebergs Winter Swimming Club
A troupe of 14 swimmers and 8 of the off-water support team attended the WSAA National Championships held at the North Sydney Olympic Pool. Our club came 14th in the 10-Aside Nominated Time Relay, a remarkable achievement! Our most senior and much loved member, Nance Eady, won a Silver Medal in the Women's Over 70's Relay event and her daughter, Dale Holland, won bronze for the Wobbegongs, in the Women's Over 65's Race: an amazing mother and daughter team and an inspiration to us all! One very memorable swim with an emotional finish was Don McRae in the Men's Over 75 Race who, when he completed his race, threw his hands up to the thunderous applause and cheer “Go Wobbegong, Go”. John Stapleton and Lee Meehan (Touring Team Manager) provided enormous support and encouragement prior to and after each individual event; so very many thanks. All our members swam exceptionally well in their age races, especially given that this was the first National Championship most of us had competed in. An enjoyable time was had by all and a special thanks to the off-water support team who cheered the swimmers on in true Wobbegong spirit. 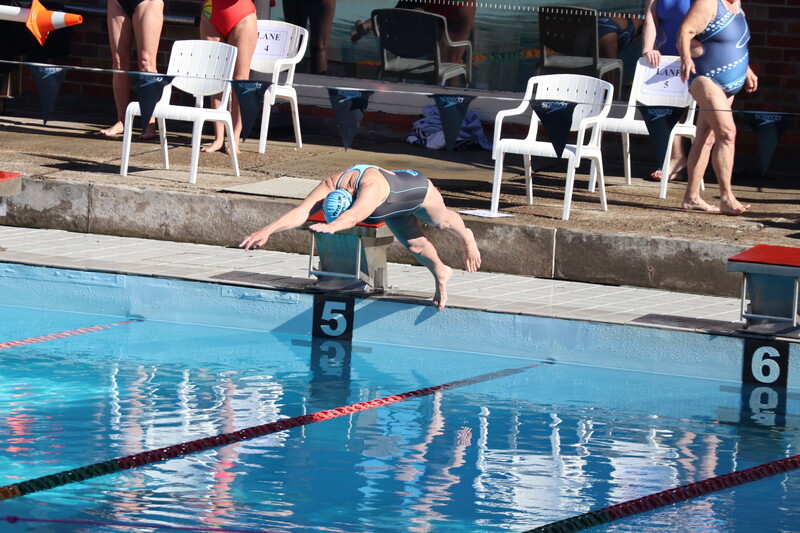 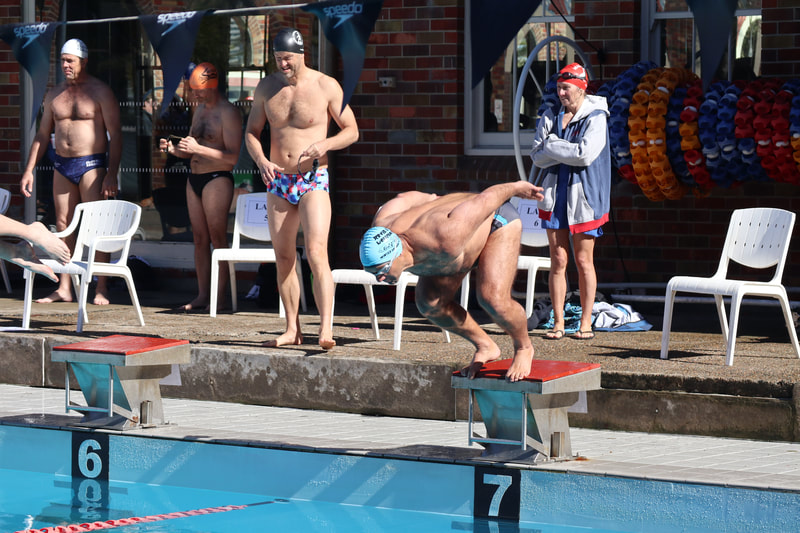 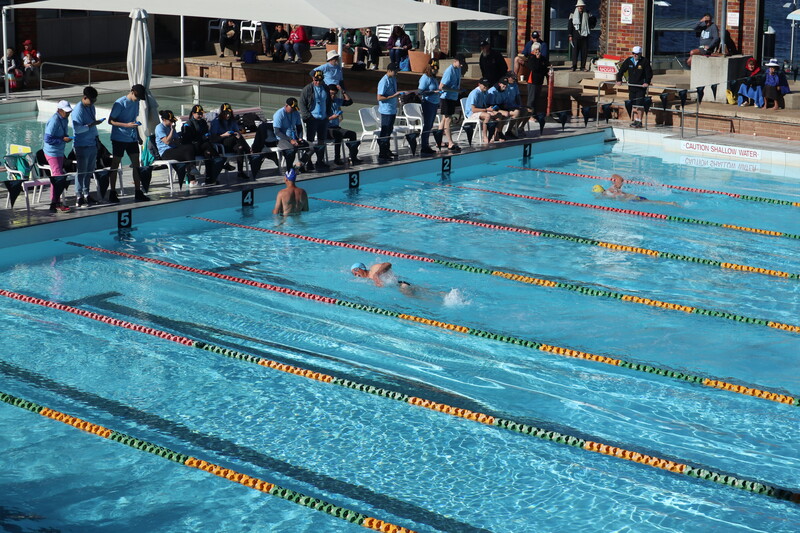 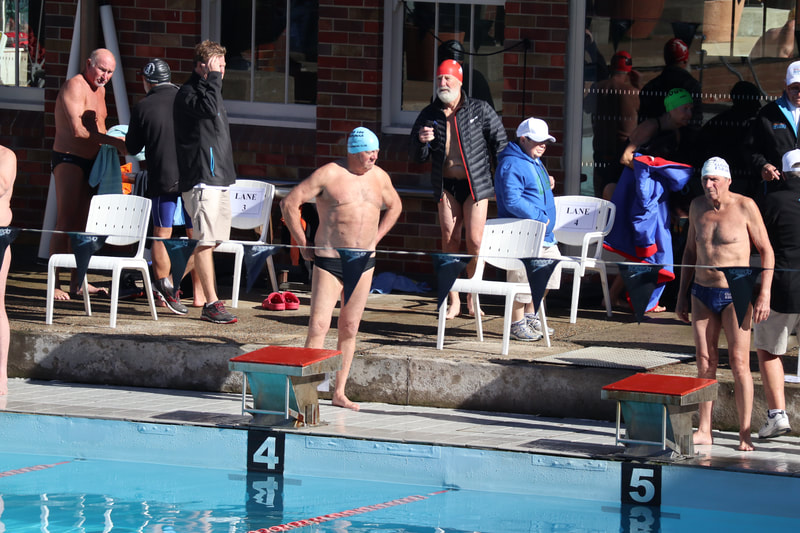 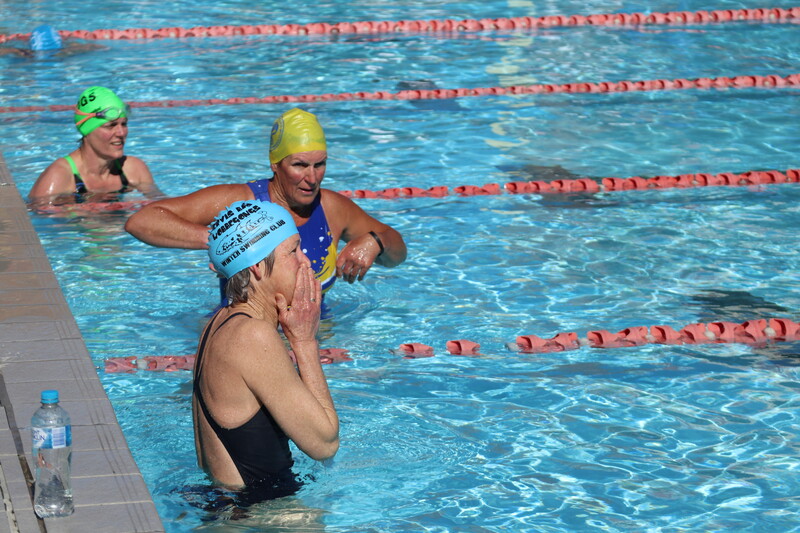 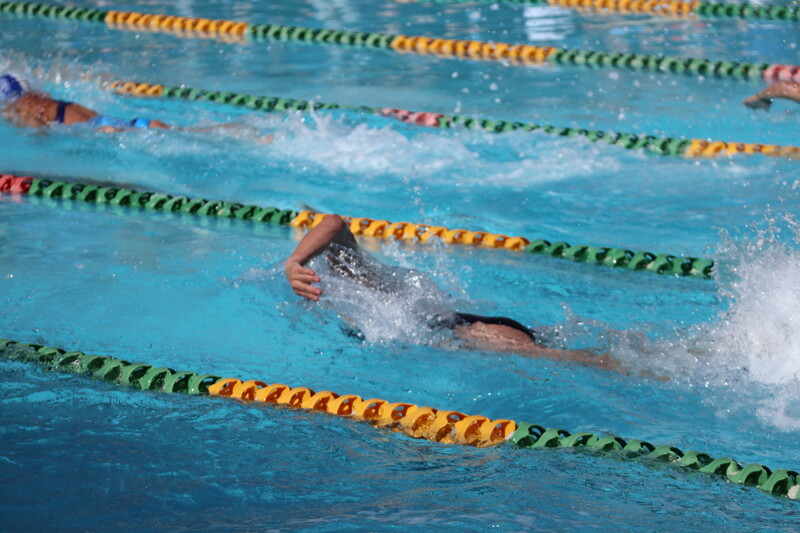 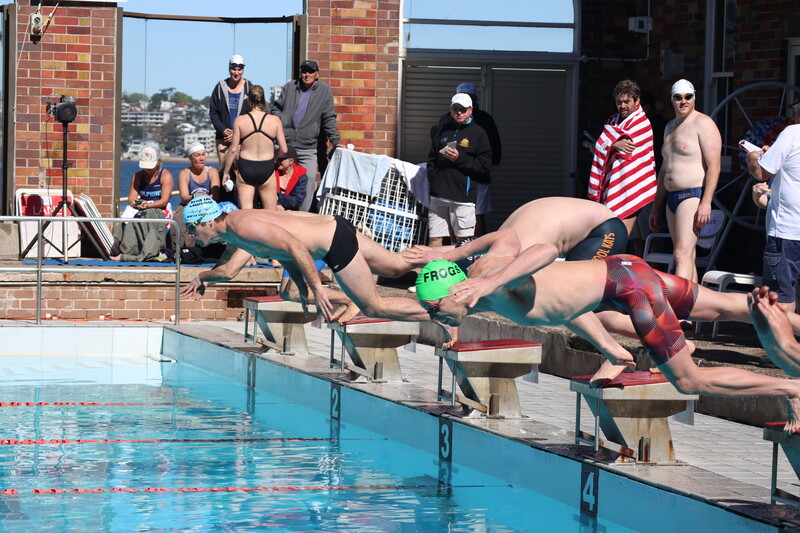 2017 – Southport hosted by Gold Coast Marlins Winter Swimming Club
At the end of the Wobbegongs inaugural winter swimming season, John and Christine Stapleton attended the WSAA National Championships held at the Gold Coast Aquatic Centre in Southport, which would become the home of the Commonwealth Games in 2018. John competed in the Men's Over 70's Race and made it to the Finals. Well done John! Half-way through the carnival, the State Member for Southport announced that this was the inaugural year of the Jervis Bay Wobbegong Winter Swimming Club. The response was a hail of cheers and much clapping from all of the other winter swimming clubs.
​